You know what? For the most part, the inane aspects of my day can be tweeted about in less than 140 characters, it seems. Think of it as 'I've been sparing you the boring details'. I miss you guys, though. This really was the best format for sharing photos, updates, catching up with friends, etc.
I wish online life were simple again.

I'm not even going to try and fill in what's been happening since my last post. It's not worth it, I promise.
Let's just start off with inane again, shall we?

The universe has decided to replace all the awesome midcentury garage sale finds I've always managed to dig up with KID STUFF lately. Which is nice, of course. And frankly, it's fun to see their faces light up when I drag a bargain home. The don't really do that for teak-handled silverware.

Today I found a sand and water table in spectacular, almost-new condition for $30. It matches the activity cube/slide that I found a few weeks ago for $40 (also pretty much new). I've mostly abandoned plastic toys when I could (at least for The Bee), but this stuff is really sturdy and awesome.

And here are my ridiculously wholesome and all-American suburban children: 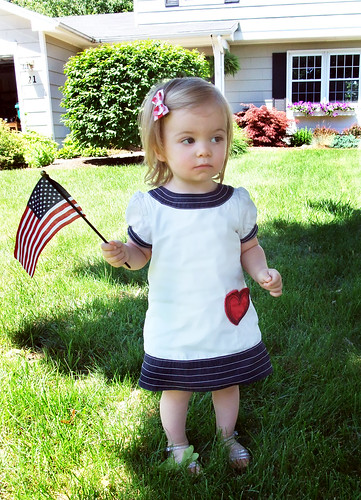 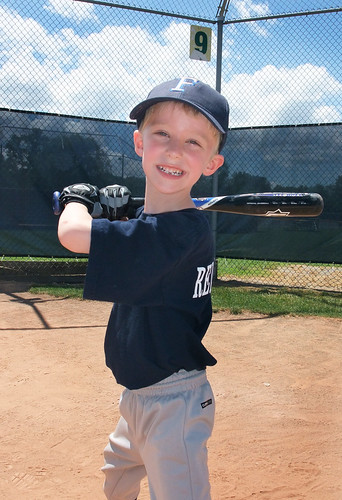 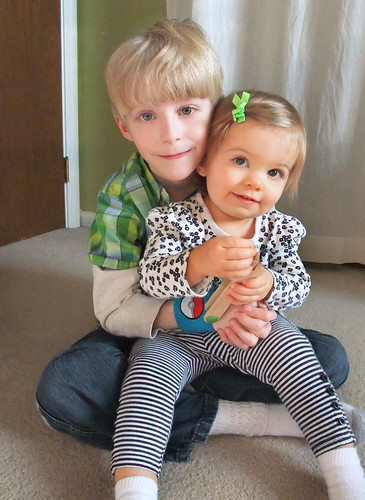 I know, did you forget I had two kids? Owen's in school all day and spends far too much time playing video games after school, or reading Club Penguin books, or watching Pokemon. It's hard to artfully photograph the life of a 6-year-old.

The last couple of nights I've been reading 'The Secret Garden' to him before bed, upon my mother's recommendation. It was one of her favorite books, and mine as well. He's a huge reader (I have to confiscate books at times so he will go to bed), but the subject matter is nearly always based in cartoon and video game iconography. He reads faaar beyond his grade level at this point, but only if involves MEGA BATTLES.

Therefore, I was skeptical about this quite proper and somewhat girly novel set on the drafty moors of Yorkshire. But hey! Something about it seems to resonate with him (I think he's fond of Ben Weatherstaff's robin), and he enjoyed my own story of exploring a shuttered and overgrown garden right here in Rochester when I was a teenager. Said garden has since been restored (Warner Castle's sunken garden), and Owen asked if we could visit it together. This is huge. It does not involve fuzzy yellow imaginary creatures or MEGA BATTLES or zombies.
This is what I hoped parenting would be like, just a little bit. For a brief, shining moment, we have something in common.

It's 8:28 and I'm already tucked into bed with a McSorley's Irish Pale Ale. It's a banner evening!

Although I'm still recovering from the family illness (Owen still has a cough and an ear infection, L is snotty), I couldn't take it any more and went outside to tackle the yard a bit. I tore holes in two pairs of garden gloves while tearing out dead perennials and weeds from all the backyard beds, but made some headway. We need to buy mulch and seed the yard this year, and things might actually look pretty decent for once. My goal is to do as much as possible before bee season hits, so all I'll have to do is weed a little in the evenings before sundown this summer.

I'm starting to think about what will go in the raised beds and deck pots as far as vegetables go. I weeded the raised 4x8 bed, but uncovered a bunny nest (probably from last year). I don't want to do anything else until I know for sure there are no bebe bunnehs to disturb. I know mama bunny lives under the deck; she wanders out for a nibble in the evenings and Larkin and I watch out the window and ooh and ahh. Munnies!

Maybe the Bee will take an interest in growing things with me. Owen hates food and M has zero interest in matters of the garden, but maybe she'll be happy to dig in the dirt with me. She always asks me to smell flowers, having me hold them close so she can take a breath and sigh, 'Mmmn!' She's a sweet Bee.

Why has it taken me so long to play with polyvore.com? Ahhhhh!

Girly post!
I just got back from Target, which debuted their Liberty of London collection today. 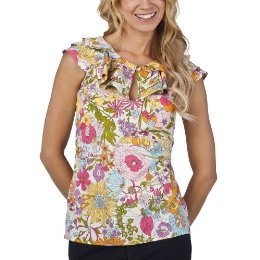 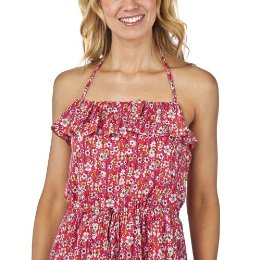 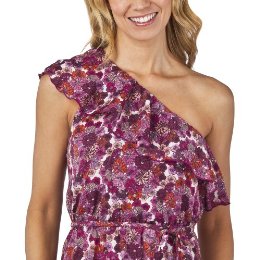 A bright and ruffly top, a sundress, and a one-shouldered maxidress. Great prints - and I NEVER buy prints.

Don't even get me started on the housewares. I nearly bought a bunch of accessories and linens to outfit L's 'big girl' room, since the pink-and-orange dominant floral is almost exactly what I had in mind. Aaauuughghgghgirly! Who the hell am I?

Ha! Trading comments with the 'Hipster Grifter' on Gawker right now. So surreal.

So yesterday it was my birthday, and my parents took us out for dinner at the new restaurant run by our grocery store, of all places. Now, they used to operate a place called Tastings, which was a high-end restaurant with an open kitchen on par with NYC. Some of the best meals I've ever had in my LIFE were there, including celebrity chef prix-fixe menus. Crazy stuff. Even for an everyday lunch there the truffled mac 'n' cheese was a revelation.

So anyway, I was pretty bummed out that they closed Tastings and decided to 'go casual' across the street with a new restaurant that sounded like an upscale pub - we have like, a million of those here, people! But the menu sounded interesting, and we had to give it a try. It was so much better than expected!

It helps that my parents know how to go all out: limited-production ridiculous wine, oysters and moules frites and complimentary foie gras (because it 'matched so well with the wine you have to try it'). I had the sushi; best hamachi I've ever had. Not only did Larkin eat her organic spaghetti dinner and cheddar bunnies I brought, she also devoured anything else I put in front of her: sea bass! pommes frites with garlic aioli! avocado maki! foie gras! She will eat anything. She gets mad if she can't try everything. Sorry, baby, no $150 Sea Smoke Chardonnay for you. Boo hoo!

Anyway, it was insane. We've been watching our pennies lately, so this was an especially huge treat.

Oh, uh, hi there!
I didn't quit you, LJ, I swear. I've been reading every day, just feeling quiet. I never feel as though I have anything important or interesting to share lately, you know? It's winter, and winter is boring.

Everyone is fine and dandy here, more or less. Owen has two pet frogs that The Mitten attempted to assassinate at 3am the other night, but they were rescued from a terrible fate after falling several feel onto a wet and gravelly kitchen floor. Larkin finally took her first independent steps last week at 15 months, immediately after the pediatrician recommended we take the number of the early intervention specialist. Ha! M is busy working and I am busy doing laundry and baking us to death with cookies.

Here is a reasonably dull video of a baby eating lunch: 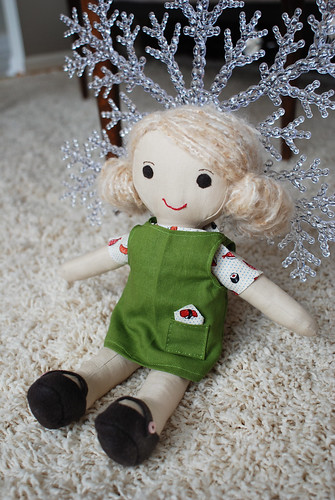 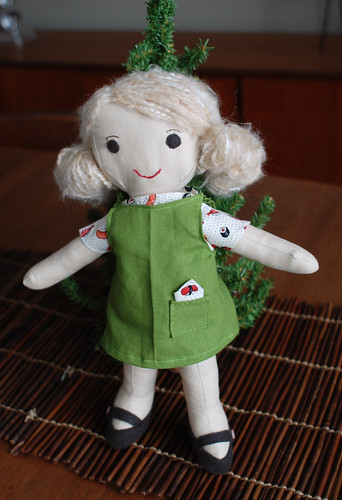 I made Larkin a doll. It was one of the most enjoyable things I've done in a long while!
I'd probably make another right away, but my fingers are raw from all the tiny stitching of hems, etc.
Anyway, it's good to finally make something. Plus, she'll look really cute sitting on the doll bed L's getting on Christmas morning. 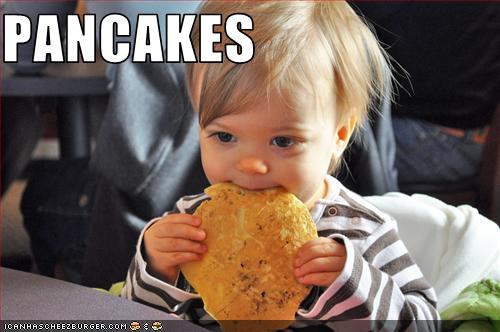